Virgolone is a huge apartment block building situated in the Pasolini Park in Pilastro’s neighbourhood. It’s somehow the symbol of Pilastro for its particular architecture that resembles a “comma”.
During summer 2016, Laminarie has been in charge of curating the festival Vocazione al contatto in the park for the 50° anniversary of the neighbourhood.
We wanted to get in touch with the everyday life in the area and involve people in a theatre activity in order to bring audience from other parts of the city to enter inside Pilastro’s reality. In order to face stereotypes it’s very important to bring people directly in contact with situations, especially through an emotive experience such as a theatre play.
Laminarie has a long experience in exploring unusual spaces through site-specific itinerant performance, trying to enlighten new meanings of the place through the language of theatre. 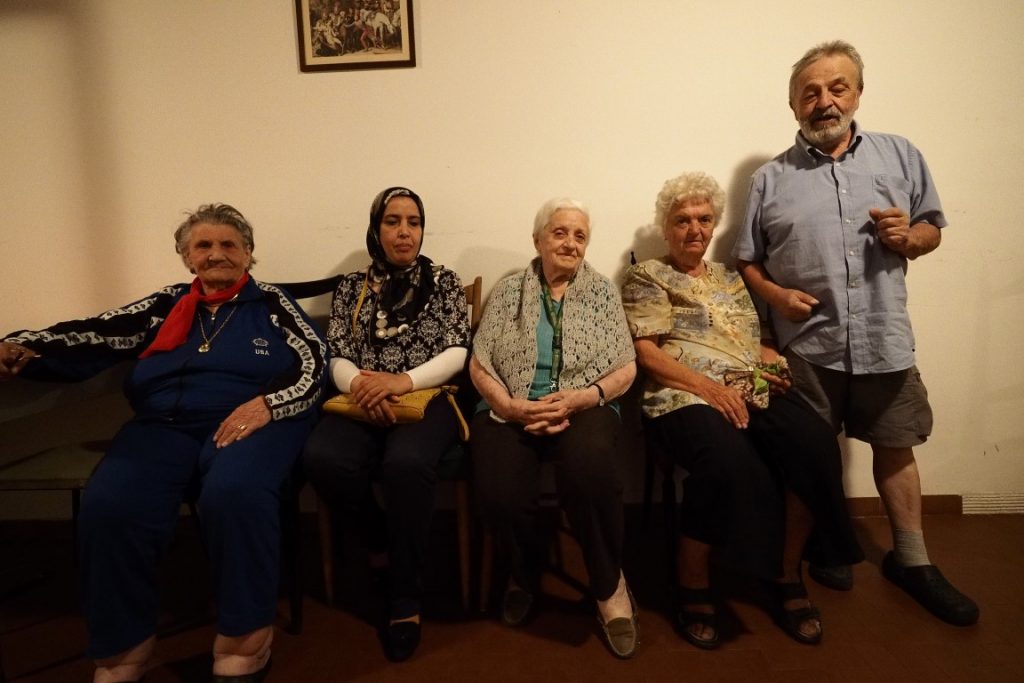 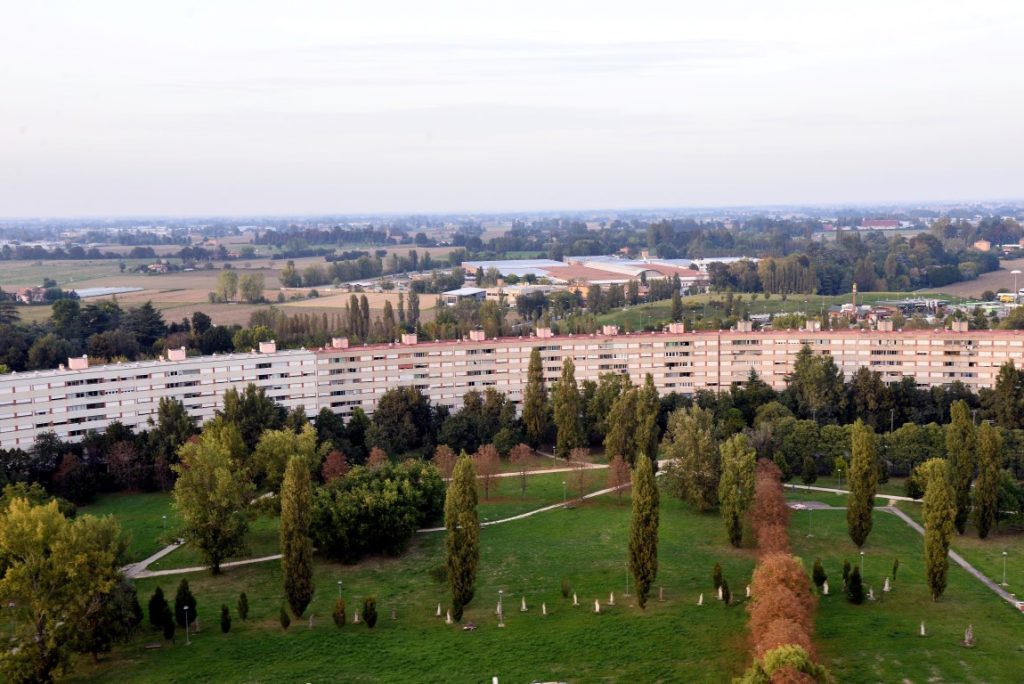 Virgolone is a huge apartment block building with a particular architecture inspired by Bauhaus rigour. It's 1 kilometer long and it hosts 900 apartments and almost 3.000 people.

Midollo (Marrow) had two different kind of targets:
- a group of citizens, both elderly and kids, take part to the itinerant show as performer after a workshop with Laminarie's company
- the audience of the performance, about 100 people for each reharsal

We moved our headquarters for a month inside the building, using a shared room at the ground floor.
This helped us to reach people living in the building by everyday contact and relationships and to involve them in the activity.

We used news and annoucement directly in mailboxes and in the entrance halles of the buildings to reach people. 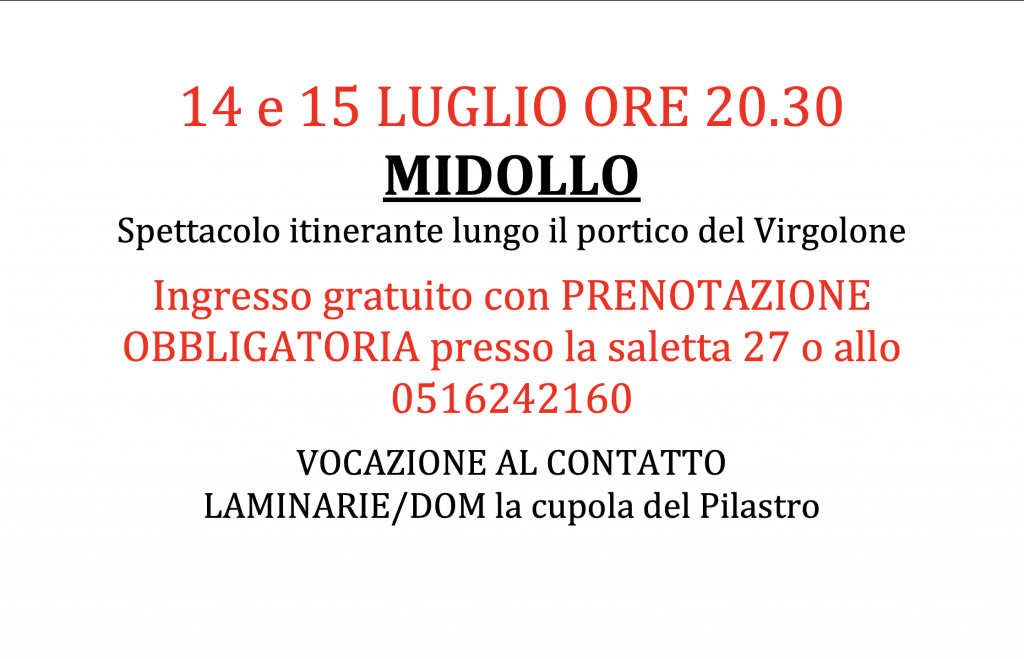 We also involved the newborn association Mastro Pilastro for the organization and logistic of the project. Mastro Pilastro is composed by a group of young unemployed people of the neighbourhood, involving them in active research of job.

The festival Vocazione al Contatto and the performance Midollo had a large diffusion through web, social media, radio, tv, newspapers and reached out a large community of people that joined us for the different events.

We created a performance playing with the word “Midollo/Marrow“: each sector of the long building was assigned an area of the marrow (cervical, lumbar etc). The public was divided into four groups according to the different anatomic sectors and guided by a kid, who led the audience around among halls, rooms, stairs across the whole building. In each step, the audience met one of the building’s inhabitants with their stories and jokes.

A team of: one director, three actors, one musician, one technician, one dancer, two coordinators “occupied” the building and worked with the four kids guiding the journey and ten inhabitants that played in the show.

We moved our headquarters in the building for one month and lived together with the people, sharing food, relaxing moments and… hard work too.

Midollo took the audience to cross this huge concrete spine in the public Pasolini park in order to meet its severe architectures, its empty holes and full spaces, its stories and people. We asked the audience to get in touch with a particular venue: linear, geometric, rigorous, repetitive. By going through it, people who accepted this challenge could experiment the connections between matter, time and discovery.

We were very glad to have the opportunity to get in touch with Virgolone’s inhabitants and to get them in touch with Bologna’s theatre audience.

Laminarie wished to work in the Virgolone building since its arrival in this neighbourhood. Because of its characteristics, this is the symbol of the area and it has been identified as source of social disadvantage for long time.

Of course, by crossing the borderline between “outside” and “inside”, the audience could experiment a different perception of the venue.