Urabn Residencies programme is an international interdiciplinary project focusing on using public spaces as sites of participation and cooperation. Throught local community actions, workshops, research and artistic residencies the project aims at building dialogue between the local community living in different districts of Lublin on one hand, and artists and culture animators from European and non European countries on the other hand.

Artists representing different fields of arts and culture/social animators, urbanists, researchers, practicioners carry on activities involving residents of the districts with an active support from local culture animators and organisations.

The project result in carrying out team-based activities that will encourage and inspire local residents to get involved in creating lively public spaces, social and cultural life and local change. The role of the artist as creator will be shifted to that of teacher and guide, while residents will become active recepients and creators of culture instead of being merely passive observers.

The main subject of the residency programme are “Borders” between local and stranger, between neighbours from the same backyard as well as neighbours from another country, cultural managers and citizens, between arts and society. We are trying to make questions and find answers.

What are the realities of the local and the stranger? Is thinking about difference and otherness stimulated most effectively when we think of different countries? Do we tend to make assumptions about these differences too quickly? What are the scenarios where the stranger, in some instances, is treated with fear but in others with curiosity, respect, and willingness to know, to explore, to share the world? Sometimes the biggest stranger lives next door and the real stranger becomes most intimate outlet to confide in. How these connections are made? How these encounters can be explored and facilitated when the scales of analysis shifts from far away lands and mediated, stereotyped representations about ‘others’? Do visiting artists learn about the local context and share something about their own in terms of countries or it is something else?

Lublin is the capital of the Lublin region and is the largest city in eastern Poland with a population of 350,000. It is located 160 km southeast of Warsaw. In 1317 Lublin was granted city rights and throughout the centuries it has played a prominent role as a commercial town, as a seat of political and juridical power, and as a centre of learning, spirituality, publishing and education. After the 3rd partition of Poland in 1795 Lublin was under Austrian rule; after 1815 the region spent nearly a century under Russian rule. When an independent Poland was reconstituted in 1918, the city became the seat of provisional government, a position it held and again following Poland’s liberation in 1944. During the Nazi occupation, Lublin’s large Jewish population was murdered. The former Nazi concentration and death camp Majdanek, now a State Museum, is on the outskirts of the city. Today Lublin is home to a large concentration of public and private universities and institutions of higher learning, with a student population of about 100,000. Although the heavy industry developed during communism slid into decline and liquidation after 1989, there is currently a growth of small and medium scale enterprises; yet, unemployment is relatively high (10%) and the wages are lower than in comparable Polish cities. Ties with the adjacent regions of Belarus and Ukraine, developed after the collapse of the USSR, have been curbed to some extent by the Schengen border regime but at the same time have been reinforced by the EU Eastern Partnership initiative. Lublin’s rich cultural infrastructure and rising growth of the municipal cultural budget ensure an abundance of cultural events and services throughout the year. With a well-preserved and newly restored Old Town, along with a region rich in cultural heritage and natural beauty. Lublin and its surroundings offer tremendous tourist potential. The city is investing over EUR 600 million in the coming years to improve accessibility, including an integrated public transport system, double-lane highways and ring roads, a new airport and a train connection, as well as major cultural facilities.

The artists invited for the residency programme are coming form different European and non European countries representing different form of arts. They collaborate with local cultural animators and managers who act as guides, compaignons that indorduce the artists to the cultural and artistic environement, communicators between the citizens and artists, supporters and facilitators of activities.

The artists and cultural animators/managers works as tandems with local communities. Each artist propose different project ideas and work with different audiences. There are children (age 9 - 12), seniors (age over 50), people of different age living the specific territory, for ex. one district or one street or one house, mental disabled people, citizens of Lublin who was born here and who came living here for different reasons.

We have experience in working with local communities in Lublin of different age, sex, culture, habilities, disabilities, economic and social situation for many years. We have created a network of contacts (individuals, citizens of Lublin, as well as institutions and organisations) through trust, collaboration and participation. Among them are:

We count on collaboration and experienece of organisations and institutions working with sepecific target groups. They are usually open for collaboration.

In some cases we make announcements and open calls for actions.

Research, reflection, actions on site for and with the local and cultural communities. Artists representing different fields of arts will carry on activities involving local communities of 4 different districts of the city of Lublin with an active support from local culture animators  using the local infrastructure (libraries, houses of culture, public spaces).

A story from Urban Residencies 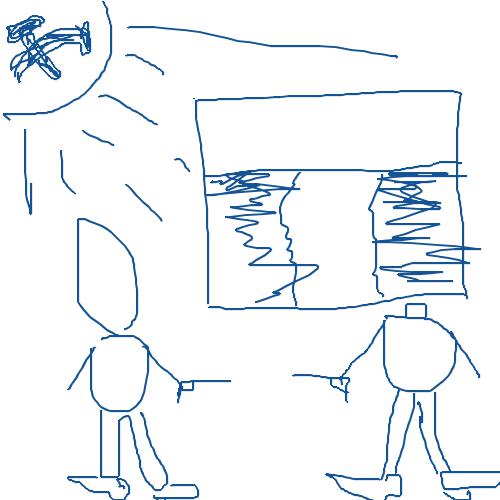 The project result in carrying out team-based activities (artists + cultura managers / animators) that encourage and inspire local residents to get involved in creating lively public spaces, social and cultural life and local change. The role of the artist as creator is shifted to that of teacher and guide, while residents become active recepients and creators of culture instead of being merely passive observers.

The results depends on ideas, methos and forms of arts used by the artists and managers: .it can be theter, dance or irterdiciplinary performances, shows, walks, meetings, workshops, exhibitions.

The most important resultas are mental ones, it means the influences of people on each other. The artists learn a lot from the people that they work woth, that they meet. They are inspired by the spaces, city, citizens, actions that they ar participate in, some accidencial situations, talks, ect. Thecommunities, people who take part in the artistic processes are inspired and inluenced by experience and knowledge of the artists- their background and the work.

The result is the process, is never archied and finished is ongoing.

It is difficult to categorize the success and failure of the project because each residency and process is different. The biggest success is when the artists are living the city of Lublin with the filings, emotions and stories they will never foreget and the local citizens, audience remens in mind and remind the activities, talks and works with artists and cultural managers. The most importanat are connection and relations.

people and their stories

meeting with cultural organisations all over world

An activity by European Foundation for Urban Culture